Volatile, Uncertain, Unknown and Ambiguous - The New VUUA World and how to deal with it - Part 3 - The Ambiguous

Volatile, Uncertain, Unknown and Ambiguous - The New VUUA World and how to deal with it - Part 3 - The Ambiguous 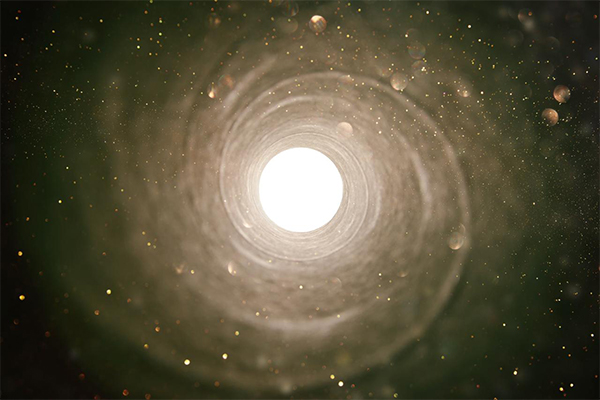 Ambiguity emanates from duality, or shall we say, multiplicity, but is markedly different from the dualities of the unknown.

Ambiguity - a source of creativity?Ambiguity is the basis of continued reverence and research for mathematicians. Unlike business, where ambiguity may be actively avoided (although an incorrect position), mathematicians derive creativity and richness of dimensions from it. Ambiguity signifies multiple interpretations of a situation, a law, an act, or a statement. And ALL the interpretations ARE real.

Thus, unlike x2=4 that has two possible answers for unknown ‘x’, in ambiguity, two correct answers are possible ONLY in two different frames of reference. William Bayer defines ambiguity as something involving “a single situation or idea perceived in two self-consistent but mutually incompatible frames of reference.” We encounter ambiguities routinely, automatically parsed and easily understood - e.g. ‘worker’ means a blue collared employee in the definition of a legal act; however, ‘worker’ could mean any employee when used loosely in the context of an organization. Both definitions are correct but in two very different frames of reference.

Ambiguity for poets is a source that enriches reader’s appreciation. It creates layers of expression that gives readers the freedom of making their own interpretations. William Empson, the 20th century influential Cambridge scholar, who authored ‘The 7 Types of Ambiguities” argued, that ‘overlap of meanings’ or ambiguity in the use of a word enriches poetry than denuding it of its elegance. While the first six types are more relevant to arts, ambiguity 7 - “Tension, too big to tame,” is applicable to organizations and leadership and is discussed later.

Ambiguity is a source of enrichment in music too. Ambiguity in notes help create an aura of suspense. Like e.g., notes A and C are common to Fmajor and Aminor chords (chords have at least 3 notes); these two have been sensuously crafted in the starting notes of a particular symphony, keeping the listeners guessing whether the musical will move into the F-scale or the Am scale. We are talking of Gustav Mahler’s masterpiece, 5th Symphony, and the ambiguity gets resolved to Fmajor. (For deeper understanding listen to Leonard Bernstein’s lectures at Harvard).

Three examples - in mathematics, in poetry, and in music, where ambiguity is a source of pure creativity.

Ambiguity in business most commonly arises out of poor communication, either unclear or purposely obfuscated. Ambiguity due to ambivalence or lack of decision making from senior leadership causes disillusionment and confusion amongst the ranks as directions are not clear. Ambiguity in customer needs either due to open customer requirements or due to lack of expertise in capturing the nuances of the requirements is another area which could stretch projects beyond budgets and timelines and cause deep damage. Ambiguity in market direction especially when two technologies are sparring for supremacy can be lethal if the organization chooses a technology which over time loses steam and is wiped out. There are many situations where ambiguity can thrive in an organization, but unlike uncertainty which cannot be avoided, ambiguity can be.

Reconciling between Uncertainty, Unknown and Ambiguity.

(My computing friends would easily spot the allusion to digital computing – ‘Unknown’ follows the OR logic, ‘Ambiguity’ the AND logic, while ‘Uncertainty’ is a digital TRISTATE.)

The paragraph above is an abridged blurb from the three parts of this article. Current global situation exposes all of us to the severity of VUUA. As we slowly return to picking up the pieces from where we had left in a hurry, each organisation will find that their needs and priorities have changed. For some it will be cash, for others it could be restarting production or rebuilding the supply chain, and for yet others it could be their customers or their people. The time today is to evaluate the cascading uncertainty arising out of the Covid-19 situation and their likely risks and resolutions. Till the virus lies in the precinct of the unknown, the paths being experimented would be in multiples. Till then, ambiguity will persist, both in the minds of the people as well as businesses and governments. What was taken for granted may be non-existent, when we will resume our lives likely in a labored slow motion. Till then the near-term objective will be survival. If that is achieved the battle can be resolutely fought and eventually won.