Volatile, Uncertain, Unknown and Ambiguous - The New VUUA World and how to deal with it - Part 2 - The Unknown

Volatile, Uncertain, Unknown and Ambiguous - The New VUUA World and how to deal with it - Part 2 - The Unknown 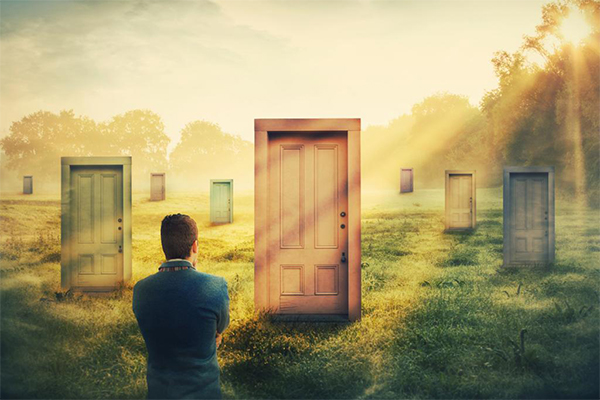 Voyaging through the unknown is concomitant to the fearless mission of Starship Enterprise: ‘Space, the final frontier…to explore new strange worlds, to seek out new life, to boldly go where no man has ever gone before.’

Alexander the Great, an exceptional warrior and an equally learned man, enjoyed verbal duals with the scholarly. One such intellectual skirmish documented by Plutarch went like this –
“Alexander: Which be the more numerous, the living or the dead?
Sage: The Living, for the dead are not!
Alexander: Which breeds the larger animal, the sea or the land?
Sage: The land, for the sea is only a part of the land!
Alexander: Which is the cleverest of beasts?
Sage: The one, which man is yet not acquainted – the fear of the unknown!”

Leaders freeze over the ‘fear of the unknown’. However, unknown, though intimidating, is in reality the very opposite. Mathematically, we use the term ‘x’ to denote an unknown. Unknown highlights something existent but in unchartered or undiscovered space; or something unfamiliar at that moment in time. Just like in Algebra, ‘x’ is an unknown in the formulation of an equation till the equation is solved and the value(s) of ‘x’ discovered, in a business context unknown can be surmounted by learning, application and experimentation and many-a-times by moving the battle to the known. However, there could be more than one value satisfying an equation, e.g. if x2=4, x could be either +2 or -2, and hence it is impossible to determine which single value was in the mind of the creator. The complexity grows inordinately as the index of “x” increases from 2 to 3 and beyond.

So, it is in the context of business strategy too. A business objective can be achieved by adopting multiple paths or varying strategies; the logic for traversing through a specific strategy will obviously be based on the specific individual assumptions and available data. In real-life, most problems are multi-dimensional and emulate complex polynomials.

There are four broad ways of managing unknown.

Collaborating with the Nature:

There are many interesting instances of man instinctively relying upon his own imagination of likely answers in the nature, to some very complex problems – like man’s emulation of carbon cycle to enable the current form of distributed computing. But a stunning example is that of a not-much-publicized Pepsi Food’s search for a ‘hexagonal’ salt crystal to increase ‘saltiness’ in their chips – a step that would significantly reduce the ingested quantity of salt from its potato chips. The normal salt crystals have a cubical structure and Pepsi Foods researchers realised that only 20% of salt was contributing to the saltiness in their chips - the surface area of the salt crystals in contact with the tongue. Instead of relying solely upon the scientists in the laboratory, they turned their gaze to nature. They knew that nature had formulated the beehive structure as a honeycomb – mathematically, it is the most efficient structure using the least amount of wax to hold maximum volume of honey. If a similar approach could be adopted, it would mean hollow salt crystals, equating to lowest salt quantity and highest surface area. Their search led to a naturally occurring instance of such a crystal, which they found and later replicated in their R&D labs. Yet another significant example is of the swarm intelligence that describes the collective behaviour of decentralized, self-organized systems, a research area in artificial intelligence, which is derived from nature too.

Iterative Approximation and Repurposing – The Time vs. Accuracy Conundrum:

Bringing unknown to known, in many ways, is finding the answer to uncertainty. The elusive vaccine, a quick camera identification of an infected person or a rapid testing kit can help surface the unknown into known. One of the best methods that scientists, especially mathematicians use, is the method of iterative approximations. Infinite and finite polynomials, insoluble differential equations, or even rounding-off can be all attacked using approximations - the moot question here is choosing between time versus accuracy. Although a far accurate result could be achieved by applying detailed and tedious steps, a slightly less accurate result can be rapidly achieved at a fraction of time and effort. This has also been adopted, for example, by researchers globally to find the cure for coronavirus today, bypassing the long drawn process of first testing on the animals before human trials begin. The urgency of the situation asks for such an approach. Research has also begun on repurposing existing drugs for similar virus variants, rather than trying to find a new compound, to directly neutralize the virus. It is both the iterative approximations, and, time versus accuracy, in the question.

Bringing response to unknown also evokes the fear of not being sure if the response was right or wrong or if the response was incomplete and needed additional actions. Managing uncertainty requires controlling risk. However, managing unknown requires controlling fear and mental freeze and is centred around insight of experimentation, outcomes of learnings and intelligence of application. Continuous calibration to accommodate change in the light of new information helps in unfolding the unknown. It must be remembered that ‘unknown’ is the cause while ‘uncertainty’ arising out of it is only the symptom. Both need to be tackled in tandem.

Intuition(gut-feel), expertise or becoming a learner once again:

Complex adaptive systems are poor places for intuition or gut-feel to succeed. Nobel Laureate, Daniel Kahneman, says that the environment should be ‘unchanging or slow to change’ for gut or intuition to be accurate. With Covid-19, we definitely are not in such conducive conditions. Thus, gut-feel and intuition will likely fail.

Patterns are repetitive cycles in business environments and most leaders rely on patterns to better understand, anticipate and run their businesses. Expertise implies either early recognition of an evolving pattern from a sea-of-data, or, the leadership capabilities to deal with, when the pattern breaks down midway. Both these imply broad stability in business environments. When business volatility arises from unknown spaces like Covid-19, it attenuates any pattern-recognition edge that an expert has gathered from his experience. The answer points towards becoming a humble learner once again, removing all previous biases and relying on partial responses and continuous calibration. Within the three actions that a leader has – add, amend and delete (create, sustain and simplify), a large percentage of actions will have to be ‘delete’ while the rest will revolve around the ‘creation’ of the new normal.

How can the business or the build team plan during and after an unplanned event triggered by unknown?

Human mind seeks to solve difficult problems by correlating to an existing solution for a somewhat similar problem; however, this may not always be possible. When the unknown is truly beyond the realm of every known - in short, a very difficult problem, a combination of all of the above methods may be needed. The 2018 Nobel awardee Frances H. Arnold used such a combined approach to revolutionize chemistry and the development of new pharmaceuticals through ‘directed evolution’. The unknowns, in such quests, are truly unknown spaces, and not trivial; otherwise solving the unknown will solve a short term operational issue and not a significant problem.

Where should we use ambiguity to our advantage and where should we avoid it? How does one navigate through ambiguous situations especially like what we are going through now? This and more in the next and concluding part.