Volatile, Uncertain, Unknown and Ambiguous - The New VUUA World and how to deal with it - Part 1 - The Uncertain

Volatile, Uncertain, Unknown and Ambiguous - The New VUUA World and how to deal with it - Part 1 - The Uncertain 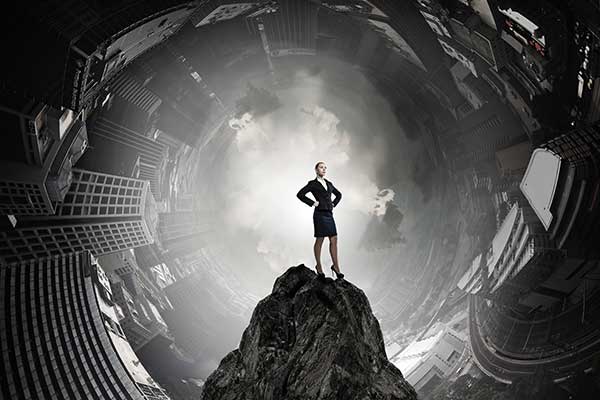 In VUUA (Volatile, Uncertain, Unknown and Ambiguous) lies not only the likely answers but also the mechanism to manage the future. Complexity, though removed from the above list, is not trivial, but is given. And it is not today’s complexity that leaders must learn to handle but tomorrow’s complexity (like black-swan events). Our common assumption that complexity increases with size may not be true and many researchers hold this view (e.g. Scott D. Anthony, HBR, ‘Grooming Leaders to Handle Ambiguity’).

Space, as discussed earlier, can be divided into three territories - own, known and unknown. The uncertainty arising out of each of these territories exhibit very different strains, and needs radically different handling. Uncertainty arising out of own spaces, is dealing with the usual VUCA-world (Volatile, Uncertain, Complex and Ambiguous) e.g. the dynamic business operating environment together with its vagaries. The uncertainties that arise out of known territories are exhibited in geo-political, geo-commercial and geo-legal environments. While they are not completely under direct business control and the superlative moves to a higher-level-of-uncertainty, VUCA rules do apply; it is a quasi-civil world, whatever be its shortcomings - even if it were a battlefield in Afghanistan. There is the choice available to exit. However, if the uncertainty arises out of unknown sectors like sudden nuclear leaks, unknown terror attacks or a virus contagion, the rules moves beyond VUCA and almost all rules of a battlefield with an unknown, faceless enemy apply. I term this as ‘leadership with no options to exit” because it is a fight to finish.

COVID-19 has injected a similar variability that makes it a fight to finish with the endgame, a vaccine or a cure to contain. Till then thousands of people will die and our frontline soldiers – the doctors, the medical fraternity and essential service-people, will continue with their valiant efforts. For them too, there aren’t any options to exit. Their current focus has been to blunt the impact of the virus and focus on survival – of people, of companies, of countries and potentially, even the universe.

Whenever ‘leadership has no choice or option to exit’ and is engaged in a fight to finish, the rules of ‘business’ VUCA need to change to VUUA. The cause of uncertainty is no more a failed monsoon, sub-par loans, a foreign government being inclement, or even fighting in a foreign land. It is truly outside of any reasonable control and the pivot lies in the hands of a few researchers and experts racing to find the cure. Till then the on-ground SWAT teams will neither have enough resources to control the state nor have enough time to elaborately plan to neutralize the escalating changes around them. It is the speed of the research that will finally decide the duration and the extent of uncertain times. And there exists no choice to exit midway.

Uncertainty, unknown and ambiguity are extremely feared and misunderstood by leaders, but let us review these three using very different and unconventional lens - the STA triangle lens. The combination of space, time and action (STA) as a fundamental driver of outcomes has been core to human thinking across the ages - Albert Einstein, Herbert Spencer, Aristotle, Henri Lefebvre and even in the game of chess. I have modified it for its applicability to business. The combination of these three fundamental dimensions of space, time and action provides for a powerful business strategy framework, where time represents market-state and operating conditions - hence opportunities, space represents firm’s operational territory hence strengths, and action represents execution, thus mimicking lifecycle. (see: STA Strategy Triangle Framework)

Uncertainty – the fuel and the fire.

Life would be very boring if everything was certain – a small modicum of uncertainty drives the human thirst for conquest of unknown. However, different leaders can cope with differing degrees of uncertainty and this has been termed as the zone of ‘productive-uncertainty’ in management literature (‘Don’t Let Uncertainty Paralyze You,’ Nathan Furr, HBR). Anything beyond this limit causes deep anxiety and fear, contributing negatively to the overall panic and is one of the prime reasons for poor outcomes during uncertain times. We today are experiencing similar extreme uncertain conditions, far beyond the ‘productive-uncertainty’ range. Another factor that accentuates uncertainty even further, is the period of uncertainty itself. When uncertain times seem to extend interminably into the future without any respite, it causes helplessness and despair. Leading through such sustained uncertain times can be extremely challenging. And finally, it is not just the tolerance levels or the protracted period of uncertainty that causes grief, but it is the risk associated with uncertainty that aggravates it. The greater the risk of impact on the future, the more feared is uncertainty.

Leaders face uncertain situations often but as one ascends through the ladder of organisational hierarchy the gravity of such business uncertainties increases exponentially in urgency and impact. It could be a simple occurrence like a cash crunch due to delayed payment by a major customer, or some severe ones like failed outcomes in critical R&D experiments or oil explorations. But what Bill Gates warned us of a few years ago, being completely unprepared for an unknown virus, which if ever found its way into human habitation, would leave us completely immobilized, is not only about planning but about being paranoid. Even such low probability risks must be documented and discussed, not necessarily as urgent but for long term preparation. Would any organisation have prepared for a complete global shutdown? Unlikely. But on hind-sight, looks like we should have and each one is doing so today. Today governments are somewhat prepared for nuclear accidents – at least we know the drill, despite the outcome being disastrous. We’ll probably would be better prepared for viruses in the future – and hopefully not throw our doctors into the battlefield with N95 masks and PPE kits in acute short supply, heavily risking their lives. What next? Genetically engineered human beings?

Insurance companies use uncertainty as a business opportunity by modelling it as a probability of occurrence and productizing it to cover risks arising out of such uncertainties. This simply means financial risks associated with uncertain times can be controlled through analysis and facts, but the uncertainty itself cannot be avoided - unless the response is planned for well in advance. Knowledge, preparedness and forward-analysis are the best bets that can hedge and help combat against the ill effects of uncertainty, at least most of the times. Uncertainty can be an opportunity, only if modeled in advance, and leaders with foresight use it to their advantage.

What recourse do organizations have if they have missed planning for an uncertainty especially when the tools needed to fight out of an uncertain situation are underdeveloped? Under such conditions, while the SWAT team is battling on the ground to try and keep the situation under control and the ‘panacea’ still under research, the build team needs to prepare to work through these extremely uncertain times and beyond. For them the risk planning for the multiple levels of uncertainties arising out of the initial uncertainty trigger becomes critical. I have spoken about the virtues of ‘creative destruction’ under such times, in my previous post. This is the starting point. Identify the ‘destruct list’ or the ‘simplify list’, which is also the minimum criteria or the stay alive kit.

An effective strategy for volatile, uncertain environments would be using tactics to achieve a series of immediate, short and medium-term goals, refining inputs at each step and being ready for better responses to highly fluctuating stimuli. Such conditions determine if the firm needs to adopt a 3-month, 6-month or a 1-year (could be a 2-year strategy too in case of capex investments e.g. for factory automation robots) agreed course of action. The ubiquitous bell curve should come to your rescue here to determine the spread and the quantum of planned impact. Let the x-axis denote the period of planning, e.g. 6 months (for small businesses with thin margins). Trifurcate the bell curve into three zones, 15:70:15. 15% of the impact should come in the first month, 70% between month 2 and 5 and the last 15% in month 6. If outcomes are going haywire, immediate short term adjustments need to be made to refine tactics. If the uncertainty is expected to be protracted, then mental toughness, team-work, and camaraderie will be needed even more.

Is there an option to conserve so as to live to fight another day? Write off the current forecast and hold on, till there are more data-points, which allows for better decision making or the next course of action? This can be a valid short-term action only where the uncertainty has arisen out of known territories. For uncertainties arising out of unknown territories using only-defence is a certain strategy to lose. The best strategy during such times is to protect own spaces, drag the fight from the unknown to known, and then attack to decimate in enemy in the known zone. There can be no wait or pause here.

How do we use unknown and ambiguity to our advantage? Why is unknown both the unknown and the known? How does one navigate through ambiguous situations especially like what we are going through now? This and more in the next part.